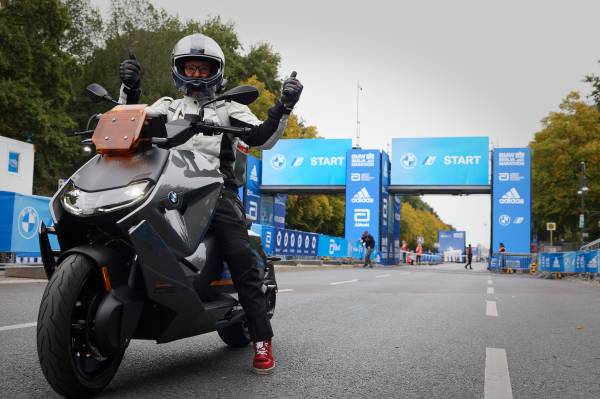 Before the inline skaters kicked off the competition over the full distance at the 2022 BMW BERLIN-MARATHON on Saturday afternoon, a small fleet of fully-electric BMW CE 04 took on the fastest 42 kilometres on the international running calendar. Like the biggest marathon in Germany, the two-wheeler is a genuine Berliner: it is manufactured at BMW Group plant Berlin, the home of international BMW Motorrad production. The BMW CE 04 and a selection of fully-electric BMW cars are also in action as route and organisational cars at the BMW BERLIN-MARATHON.

The fleet of scooters led out the 4.153 inline skaters, who held their BMW BERLIN MARATHON on Saturday afternoon. Speed Skating Olympic Champion Bart Swings (BEL) was the first man home in, setting a new world record at 56:45 minutes. Marie Dupuy from France (1:11:19 hours) won the women’s race in a heart-stopping finish.

The BMW CE 04 is the perfect urban companion. With its electric drive, forward-looking design and innovative connectivity solutions, the new scooter perfectly merges transport and communication functions. Offering a maximum output of 31 kW (42 hp), a maximum speed of 120 km/h and a range of some 130 kilometres, the BMW CE 04 is capable of speedy progress not just in the city but on main roads and motorway sections, too.

The new BMW CE 04 comes fitted as standard with a big TFT colour screen with integrated map navigation as well as with the three riding modes “ECO”, “Rain” and “Road”. The lithium-ion battery can be charged either at a regular household socket, a wallbox or a public charging station. With the new BMW CE 04, BMW Motorrad continues to consistently pursue its electromobility strategy for urban conurbations.

With its four brands BMW, MINI, Rolls-Royce and BMW Motorrad, the BMW Group is the world’s leading premium manufacturer of automobiles and motorcycles and also provides premium financial and mobility services. The BMW Group production network comprises 31 production and assembly facilities in 15 countries; the company has a global sales network in more than 140 countries.

The success of the BMW Group has always been based on long-term thinking and responsible action. The company set the course for the future at an early stage and consistently makes sustainability and efficient resource management central to its strategic direction, from the supply chain through production to the end of the use phase of all products.

In the Berlin district of Spandau, on a site of around 230,000 m² in total is the world’s only complete production facility for BMW motorcycles and scooters. BMW two-wheelers have been coming off the production line of cutting-edge production facilities at the tradition-steeped Berlin plant since 1969. These days, more than 155,000 vehicles, as well as their engines, chassis components and drive components, are produced each year. More than 2,200 highly qualified employees manufacture up to 800 vehicles a day, the quality and level of innovation of which are behind the continued success of the plant. The diversity of the 27 motorcycle models overall in the divisions sport, tour, roadster, heritage, adventure and urban mobility, which are available in more than 40 different colours, and the more than 300 optional extras, do credit to the brand and are sold in more than 130 countries around the world. 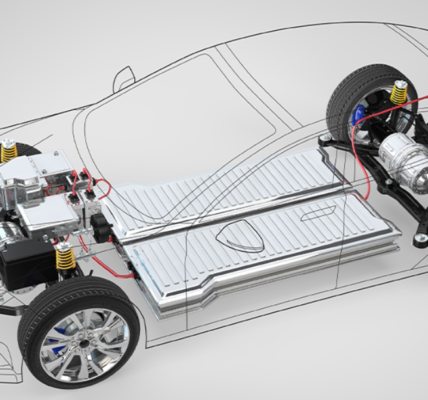 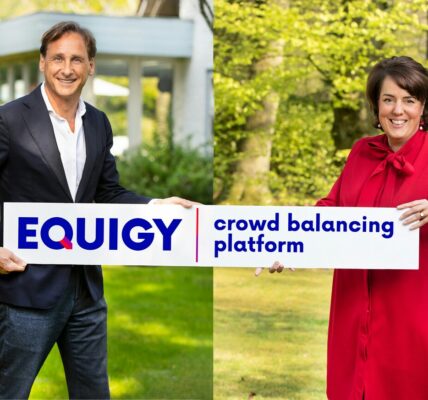 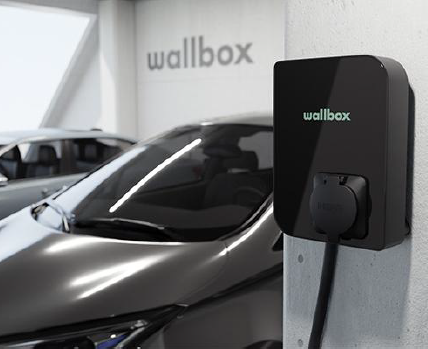 Alayyan Group Is The Exclusive Distributor Of Wallbox Smart Chargers 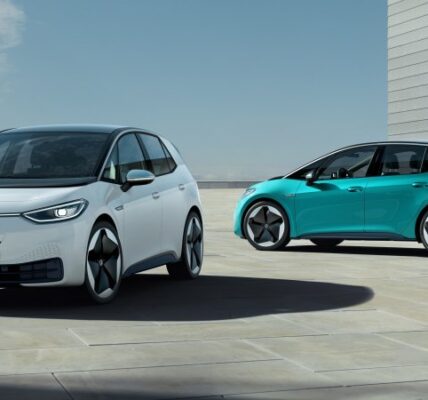 With The Market Introduction Of ID.3 This Summer, Volkswagen Will Make E-Mobility Affordable For Many People